By this point, we all know that heirloom tomatoes are a thing. We’ve seen them at farmers markets and grocery stores, on restaurant menus and at that dinner party your friend just hosted. We know that sometimes they’re weirdly shaped and colorful and probably…better tasting than regular tomatoes?

But are they really? And if so, why? What are heirloom tomatoes, anyway? These are the questions we ask ourselves when July gives way to August, and tomato season starts coming in hot. 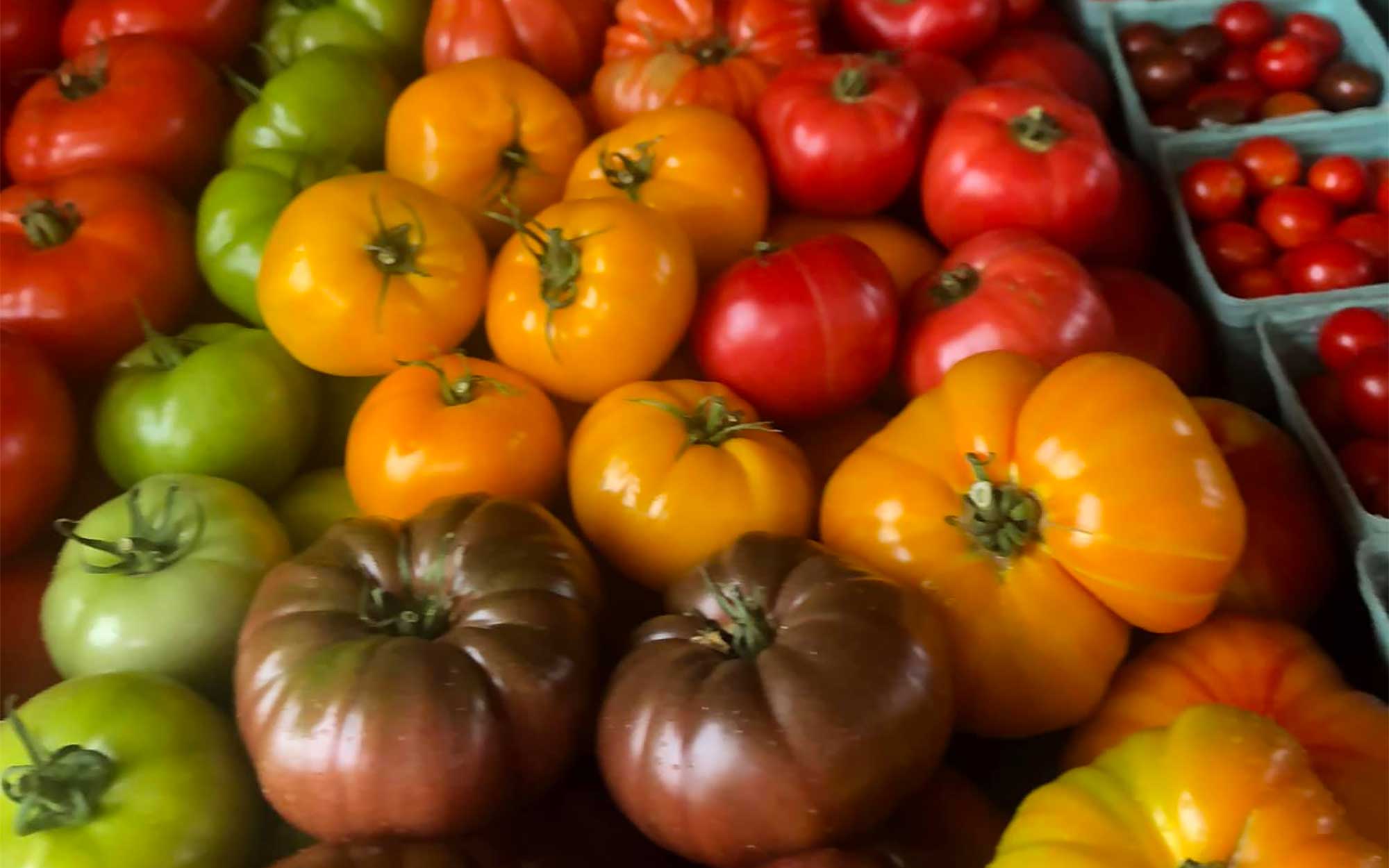 Despite the name, you probably won’t find heirloom tomatoes at an antique store, or in your grandmother’s attic. (Well, you might, but that would be pretty weird.) The tomatoes themselves are not dusty fruits passed down from generation to generation, like old high school yearbooks and silver lockets. The tomato seeds though? Yeah, those are.

The seeds are what make an heirloom tomato an heirloom tomato. They are passed down from season to season, taken by the farmers from the tomato plants that produced the best fruit. This process allows farmers to select for certain desirable traits like juiciness, size, shape, or color. Heirloom tomatoes are also often open-pollinated, which means that they are pollinated naturally, by birds, insects, wind, or human hands. No weird science-y genetic modification here.

Basically, heirloom tomatoes have potential for greatness because their DNA hasn’t been manipulated in the same way that the genetics of a lot of mass market ‘maters are. According to BonAppetit, these tomatoes were created for consistency, but not necessarily flavor.

We love heirloom tomatoes for their idiosyncratic qualities. They often have have colors, textures, sizes, and flavors that vary from species to species, in the same way that apple varieties do. A Black Krim will look and taste different from an Azoychka. And that makes tomato salads all the more interesting. A classic Caprese made with a bunch of different heirlooms becomes a wild display of color and flavor.

But all that said, just because a tomato is being sold with the word “heirloom” attached to it doesn’t mean it’s going to be delicious. But calling a tomato an “heirloom” doesn’t automatically mean that the tomatoes were grown locally, or organically, or in any way that you might associate with groovy, high-quality produce. And even the best local farms sometimes produce “meh” tomatoes, no matter how good their seed stock, farming practices, or intentions might be. The only way to make sure you’re getting a beautiful, delicious heirloom tomato is to buy them from someone you trust…

That’s why we urge you to buy your tomatoes at Farmhouse Gourmet. You can ask about the variety and how they’re grown, and ensure that you’re getting what you want. We know the farmers and their practices. We know how the tomatoes are grown, how they’re nurtured and when they’re harvested. And we even taste-test them, too, before we bring them to our store. That’s why we can offer bright, colorful, juicy, flavorful, tomatoes with a legacy: an heirloom!

About the Author: Admin2022